Cynthia R. Hale became the Associate Vice President for Finance and Personnel in the Office of the Senior Vice President and Provost on November 19, 2012.

Hale is a highly regarded, competent, and dedicated member of the University of Maryland staff. Since 2008, she has served as Assistant Dean of the Graduate School, where she was instrumental in helping Dean Caramello with the implementation of strategic program initiatives and enhancements to Graduate School operations. From 1983 to 1993 she served as Director of Administrative Services for the Department of Computer Science, and in 1993 she moved to the college of Behavioral and Social Sciences as Assistant Dean for Finance and Administration. In 2005 she began her role as the Director of the Office of International and Executive Programs for the College of Behavioral and Social Sciences (2005-2012), which manages the University of Maryland's degree programs in China and Vietnam as well as multiple training programs for Chinese officials and Maryland state agencies.

Hale is an exemplary campus citizen. During her career at the University, she has given generously of her time and talent, serving on the Senate and the Senate Executive Committee and as the Founding Chair of the Council of University System Staff (CUSS). She was the academic affairs representative to the initial collective bargaining committee and Corporate Secretary for the University Research International Corporation and was also a long time member of the Equity Council, the Chair of the President's Commission on Women's Issues, a member of the Athletic Council, a member of APAC. She is currently the Chair of the President's Task Force on Sexual Harassment Policies and Procedures. In 1997, she received the President's Distinguished Service Award.

Hale received her Bachelor of Arts degree from Duke University. 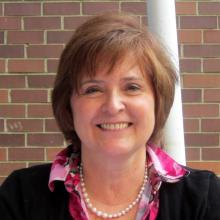